This has been a very exciting observation for me.

I plant about 6 container tubs every year with eggplants and peppers.  Every year I try some different potting mix or technique to see what will work best.  This year after preparing the garden beds in the ground with hugelkultur, I thought why not, lets try it in the containers too.

In 2 containers, I layered up branches horizontally. But in 1 container, on a total lark, I just put in a big stump.  The potting soil used as just last year's mix, basically compost. 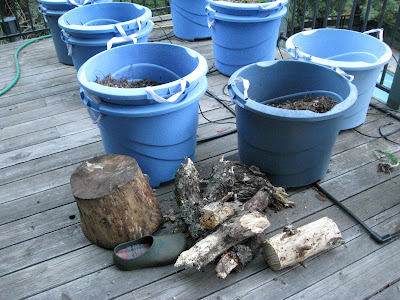 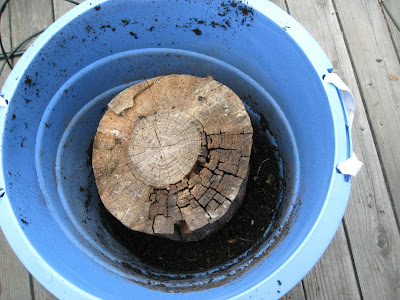 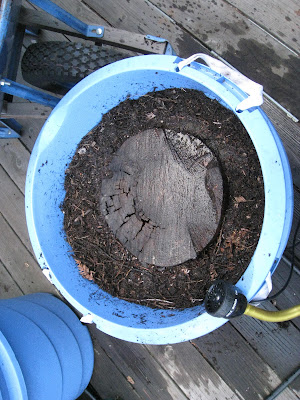 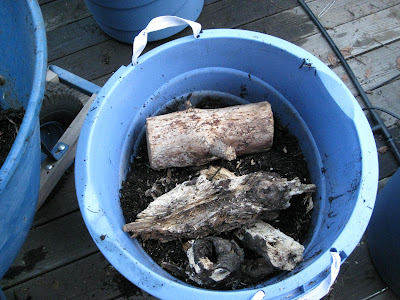 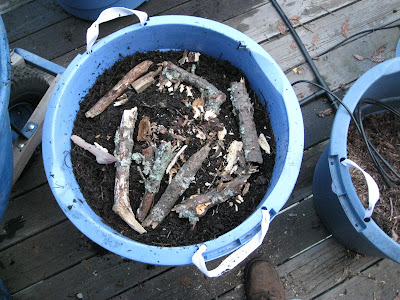 Eggplants were planted in the vertical "stumppot" and in one of the horizontal "branchpots".
(Peppers went into the other "branchpot").

These were planted with store bought seedlings in mid-April when the weather was still mild.
The stump was so high I had to place the eggplant seedlings directly on the stump and then put soil around it. 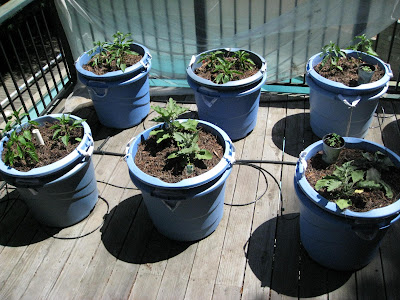 Notice on this hot day, mid-May the stumppot eggplants are quite perky. They've never wilted, not ever. 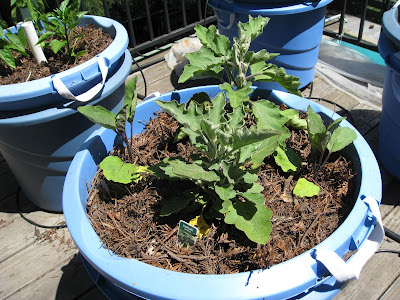 Notice the branchpot eggplants, same day, same time. They drooped and wilted in the sun and heat. 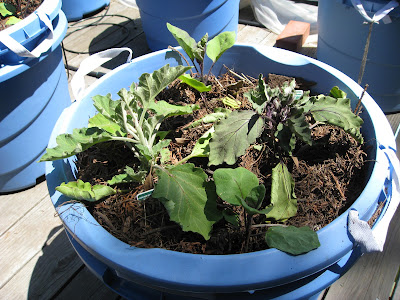 Fast forward to July 10, 2012. Both eggplant pots are doing well and neither now wilts on hot days (95 degrees on this deck). I had to shade the entire settup for about a month after planting on hot days to prevent the wilting plants from being burned. This unnecessarily held back the stumppot eggplant, so I would expect it to be bigger if it hadn't been shaded.  It took about 2+ months before the branchpot eggplant stopped wilting on hot days.  (All the peppers still wilt on hot days, but that's another post and quite interesting.) 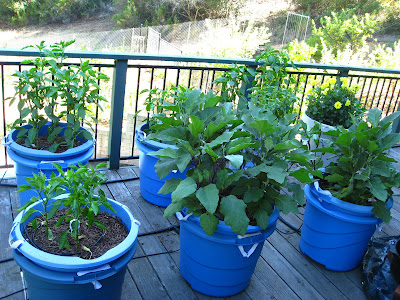 The natural conclusion from this is that the roots spread out along the stump and are able to suck up a lot of water when they need it. AND the stump wicks away excess water so there is enough aeration.

Wood only wicks with the grain.  You can test this yourself by putting a branch or 2x4 in a tub with 1" of water.  It won't wick up at all if layed horizontally.  But vertically with the grain it will wick up about 2" high.

Unexpectedly, I observed this in my ground garden also.  In addition to the 3 hugelkultur beds, I made three small 1.5' diameter planting holes that I put logs in.  For 2 of the "hugelholes" I layered horizontal branches again.  In the last hole, I was very tired and just threw a stump into it vertically and covered it up.  The hole was about 1 to 1.5' deep. The stump was about 6-8" high and had about 6" of dirt on top of it. The hole was level to the ground after finishing.  I planted cucumber seeds there.
And these cucumbers never wilted!  (As long as it was kept watered). Yet the other cukes and squash in hugelbeds/holes or in just regular ground do wilt. 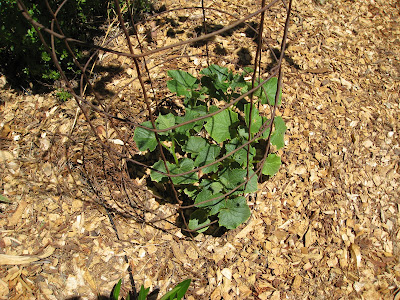 Here are some wilting cukes on June 20th, planted at the same time.  Notice how they are much smaller also, since they don't photosynthesize when wilting. 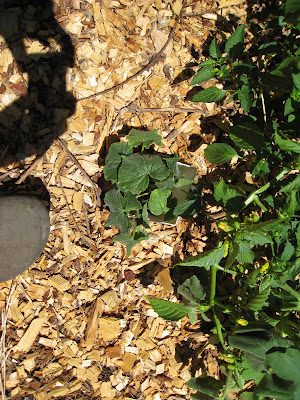 Here's the non-wilting, stumphole cukes today, doing nicely. A fair amount of liquid organic fertilizer had been added to green-up the leaves. 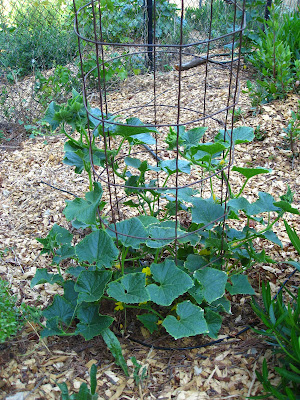 Please post some comments here if you've tried or seen something similar. Seeing this result is my reason for starting this blog and I'd like to learn as much about it to help out my own "low-cost garden".